How to use git with Qlik Sense. Part 1

It is the first article in the series about how to organize development proccess in the Qlik Sense with Gitoqlik.

It is the first article in the series about how to organize development proccess in the Qlik Sense with Gitoqlik.

A version control system has never been a feature built into Qlik Sense. The lack of at least some sort of Git integration has always been a concern of mine. Copying the applications, being the usual go-to solution, almost always ends up in a piled-up workspace and complete disorganization.

Looking back into my web-development experience, where the Git version control system was usually a prerequisite for any project, I decided to play around with the idea of making Qlik Sense work with Git. Thus, the much-needed Gitoqlik project was born with the sole purpose of filling this gap.

Our aim was to make an easy-to-use tool that could version the visual objects and the data load script directly from the web-browser. Gitoqlik also provides the ability for developers to collaborate together and share their best practices via public or private GitHub, Gitlab and Bitbucket repositories.

Git is a version-control system for tracking changes in files and coordinating work on those files among multiple people.

Gitoqlik is a Chrome browser extension that connects Qlik Sense to GitHub, GitLab, Bitbucket, and lets you save your applications in a Git repository. Install it from web store​

Here’s an example of how Gitoqlik can be used to collaborate on Qlik Sense application development.

This team is developing a P&L report for quite a large project:

As the ETL process has been taken care of, John creates an application and builds out the data model for Adam and Eve to use. We’ll call this application the master application.

This repository is a version-controlled storage space for your application and the JSON files that represents your application. This can simply be done by clicking the “Create a repository” button inside of Gitoqlik.

Gitoqlik will automatically create a master branch, which is the main branch for the repository. A branch is a specific starting state of the contents of a repository. The state can be further altered with new changes or reverted to an older version of itself.

As John is developing the application and the data models, he commits (saves and sends) his changes into the repository. This commit history is saved as a changeset by Git and can be restored to any previous state. John can revert changes if things in his application are not functioning properly.

A branch is a specific starting state of the contents of a repository. The state can be further altered with new changes or reverted to an older version of itself.

They now have two copies of the master application and they will each develop their sheets. Before beginning, Adam and Eve plan to divide the work between each other.

Adam will be developing Pivot table sheets and ABC-analysis sheets.

Eve going to create the "KPI" and the Custom report sheets.

Adam needs to create an isolated branch inside the repository. This way all his changes are not recorded in the master application “master” branch but in a separate one. He uses Gitoqlik and connects to his GitHub account. Gitoqlik automatically detects copies of the application and finds the relevant master application repositories.

This is what the commit-graph would look like once Adam begins to work.

Eve does the same:

They continue to work separately on their sheets while committing to their own branches for the application.

Once they’re both done, the team is ready to merge the branches in the master application repository. Both Adam and Eve create pull requests to merge their branches into the master branch. This is usually done through the console terminal or using standalone and IDE-bundled GUI tools. We’ll be using GitHub for this, though.

After accessing the repository page on GitHub we need to click the “Compare & pull request” button and follow the on-screen instructions.

Once Adam and Eve have created their pull requests John, being the repository owner and the one responsible for the master branch and merges into it, accepts Adam’s and Eve’s work. The commits become part of the master branch.

John can now checkout their work to update the state of his local repository.

that can be applied to the master application state. To do this John clicks the "Update" button and can get the latest state of the repository and the application, which includes the work done by Adam and Eve.

If you see that kind of icon

you are in the out-of-date version of the application. Don't forget to update your state.

So, Gitoqlik allows developers to work in isolated environments without the usual back and forth that collaboration without Git requires. The work can then be easily merged without trying to figure out which changes need to be copied where. Version control makes Qlik Sense development manageable and smart with the help of Git.

I hope it wasn't a waste of your time. Stay tuned and share your ideas about the development process in Qlik Sense.

P.S. Don't forget to subscribe me on Youtube, because we have started a series of Tip&Tricks videos. 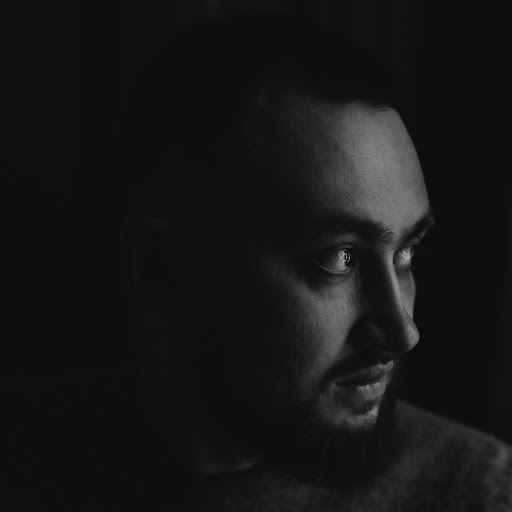